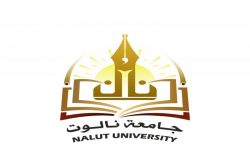 Nalut University was established by the National Accord Government legislation No: 606/2017 on 11th/07/2017 and the Ministry of Education legislation No: 2055/2017 for the naming of its faculties. This university emerged from the University of Al-Jabal Al-Gharbi, which was founded in 1991. The headquarters of the university is located in the city of Nalut in Jabal Nafusa, 275 km , southwest of the Libyan capital, Tripoli. It is a financially independent public university, with 8 faculties, most of which
were established many years ago. Four faculties are located in the city of Nalut, while the rest of others are spread out in the region extending from the city of Jadu to the city of Ghadames. Those faculties offer ‘ 30’ courses leading to “Bachelor of Engineering and Bachelor of Science” (BSC) in various disciplines. Nalut University has got Participant Identification Code (PIC) (893535871).